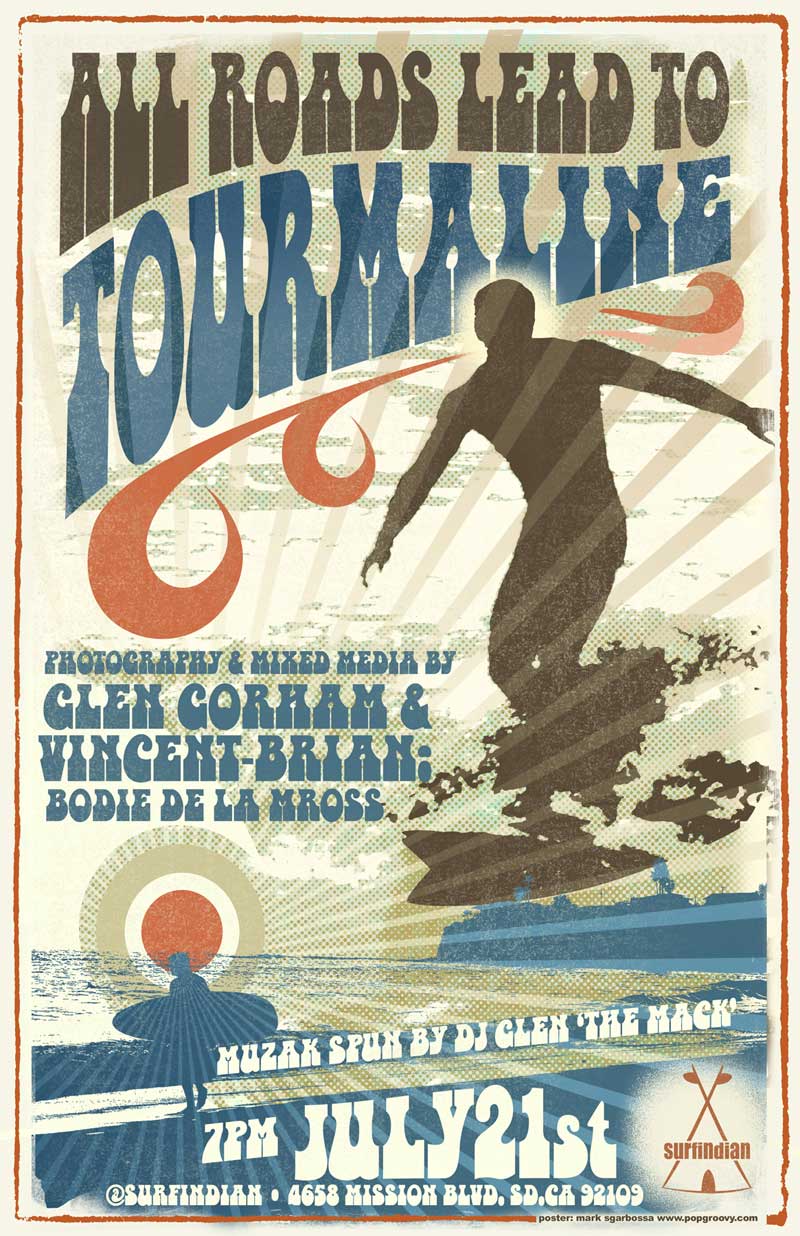 The date was July 12, 2012, and after many months of planning and preparation, it was time for my good buddy Glen and I to unleash our unique vision of San Diego's surf culture on the world, courtesy of (the now defunct and sorely missed) Surf Indian surf shop/art gallery in the heart of Pacific Beach.

The surf had been pumping out south swells, the weather was beautiful, and spirits were high as the sun set on another gorgeous southern California day. Mark Sgarbossa had created some mind bending poster art for the show, which pretty much guaranteed a solid turnout. Glen and I created a plethora of tasty audio and visual eye candy for the evening's menu, and our good buddy Jeff Trageser contributed a captivating 30 minute video which ran on a loop throughout the evening. The video spotlighted Billy Snyder's magical footwork on some well groomed Pumphouse swells, and we projected it in the front window on a white sheet so that it could be seen from both inside and outside the event. This worked out great - the party on the sidewalk was just as fun as the one going on inside!

This ~4:20 long clip is a short sample of the whole video, with backing music by one of my fave bands, Lilys. I hope you dig watching it as much as I did making it!

Now this is what I'm talking about

Vesparados Endless Summer Rally Patch from 2002 (click for larger image) I found this patch while ...

File this under "The Ones That Got Away"

The fiasco that was the sale of LambrettaWorks forced me to sell many of the boards that I had colle...

I am so stoked that I ran into one of my musical heroes in PB yesterday afternoon: Rick Miller of So...