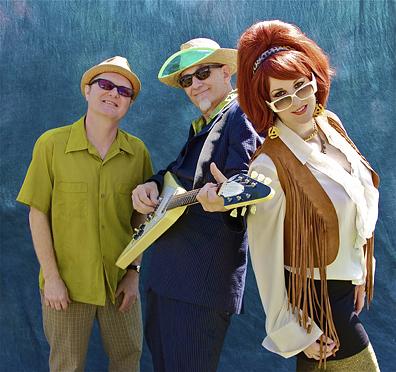 I am so stoked that I ran into one of my musical heroes in PB yesterday afternoon: Rick Miller of Southern Culture on the Skids. I was leaving the beach heading east on Loring Street when I noticed a really sweet D fin board on the roof of a car, and when I looked at the driver I thought "Holy crap that dude looked just like Rick from SCOTS!"

I flipped a bitch real quick and caught a glimpse of his car heading toward the end of Loring overlooking the Pumphouse. I parked in the red right next to the steps leading down to the beach, and sure enough a couple minutes later here comes Rick cruising by with an eye popping Bing longboard with a blue D fin and fat balsa stringer under his arm.

I tell him my name is Vince and I've seen him play a whole bunch of times and I'm a huge fan. He introduces me to his nephew Steven, we shoot the shit for a bit, and I say goodbye and wish them well out in the water.

As they head down the steps I think to myself, "Dude, get some photos!"

So I grab my camera, tripod, and 800mm lens and set up shop on the manhole cover that sticks out of the bluff right above the famous PS18 building. I've never seen Rick surf before, so when he gets a wave and I start firing off shots, I'm as excited as a kid watching one of my childhood heroes for the first time in real life. So stoked! And dude can surf! He's got as much style on a surfboard as he does on stage!

By now I've already decided to grab my board and go join them. The crowd is thick and the tide is high, but we get to slide a few and shoot the bull some more about music, surfing, and just life in general.

What a cool dude, and what a way to end my day! Nice!

The '92 season was the sixth year of scooter racing in America, including three years under the ASRA...

More Fun with Surfboards and Lambrettas

Speaking of things that slide...

Few things in this life are as exhilarating as flying through a turn at high speed on two wheels wit...